After having a holiday break,

these are the most important news in my opinion: let´s have a look!
Is this Anne Boleyn's ghost?

A tourist who was visiting the childhood home of the beheaded queen, Hever Castle, captured a spooky image of what he claims is her ghost and in the photo we can see a hand with a long finger pointing towards the chimmney and the tourist thought there is something important historically inside the fireplace. Look at the photos and think about the building that Anne haunts. 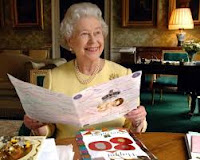 Her Majesty became queen at 25 and at 89, she had ruled for 23,226 days. The first Queen Elizabeth gave her name to an age, as did Victoria, in an ever more powerful kingdom. But this is not going to be the legacy of this Elizabeth, who has reigned over Britain's long transition from Empire to Commonwealth, from world power to relative international insignificance.
Publicado por Mª del Prado en 3.8.15

From "On another´s sorrow", by William Blake (Songs of Innocence)

mportant!
Come and have a look at different sites of the world. From time to time I´ll change the photographs so you can enjoy them. These are from Jordania, Siria and Turkey.I love travelling!

Get this widget at roytanck.com

We have provided a listing below that we have developed from personal experiences that may help you decide if this is the teacher for you. Some teachers may not exhibit all of the signs listed, but most teachers will fall predominantly into one category or another. A GOOD TEACHER... generally:
Has a sense of humor... A good teacher will help you laugh at yourself (and them!), but will not hold you up to ridicule. Has respect for all living things... Environmental concerns are also important Has a healthy self image... A teacher who realizes that he or she can learn just as much from a novice as the novice may learn from the teacher is probably comfortable in what they know, yet open to new ideas and concepts. Is kind and compassionate... A good teacher will not "look down his or her nose" at your sincere attempts; they realize that experience is necessary to gaining knowledge. Tells the truth and is direct... They 'walk their talk" and do not have a separate code of conduct for themselves while expecting you to follow another Is able to teach by example... They are not "mysterious" so much as they demonstrate the "mysteries" in simple ways to help you understand them. Has a global point of view... A good teacher will encourage their students to reach beyond the local area and embrace the rest of the world community. Is inclusive rather than exclusive in attitude... a teacher who finds an enemy around every corner should be avoided. Allows for mistakes and admits that he/she is not perfect... Is flexible, yet honors commitments... Too rigid a set of rules and regulations stifles energy flow and the learning experience. Too random a training program may also interfere in the discipline required for growth. A balance between the two is best. Encourages you to do your own research and ask questions... A good teacher wants you to discover and explore new ideas. Gives credit where credit is due... A teacher who is using references or techniques from other sources should plainly state this fact Listens more than talks... Someone who talks all the time about his/her experiences is more interested in impressing you with their personal knowledge than helping you to acquire knowledge of your own. Wants you to mature and move on... A good teacher wants his or her students to surpass them. ON THE OTHER HAND:... You Should AVOID a teacher who:
Possesses a superior attitude... Excludes members of any race or culture... Is attacking or violent... Is either overly sensitive or too insensitive... Is ingratiating... Someone who is overly friendly and shares intimate details of their personal life with you almost immediately may be looking to "win you over." Go slowly when meeting someone new. Is controlling... Is continually cancelling classes... Belittles you or uses you as an "example"... Exhibits any of these characteristics... lying, sexual misconduct, theft, physical violence or abuse. (From Oberver Viewpoint.2008) Desde siempre la enseñanza ha sido un cajón "desastre" donde entra casi todo el mundo, con o sin vocación. Espero que con esta lista te hagas una idea de lo que debería ser un buen profesor ( no es necesario que se cumplan todas las características) o de los requisitos que deberías cumplir, si un día te dedicas a ello.

E-mail me if you have suggestions

Get your idea but... 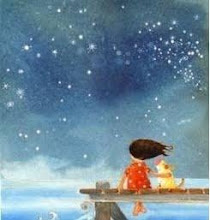